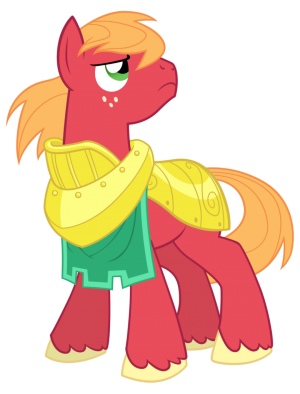 From the desk of Bronycon:

BronyCon has yet another spectacular announcement to make your night! We have been working hard to get as much talent and amazing guests for BronyCon Summer 2012. Now, we are honored to announce the fantastic and talented Peter New! The voice for Big Mac himself. Eeeyup, he’ll be there, and we are excited to have him! Stay tuned for more announcements from BronyCon!

It seems there has also been a couple of challenges issued to Mr. New from comments on other sites. One challenge issued was spending the entire con just saying “eeeyup” or “eeenope,” while the other was not to say those words at all.

Bronycon will once again be hosting a Livestream on 4/18/2012 at 9:30 p.m. There will be a general Q&A session with some members of the convention staff, and we are also very pleased to announce the second guest in our Bronycon Artist’s Spotlight; Circuitfry! He is best known for his work with the massive 50 song album “We Broke It.” He will be available to talk a little about the community, his work, and the convention itself, and of course, there will be time for the community to ask questions as well. We hope to see you all there!