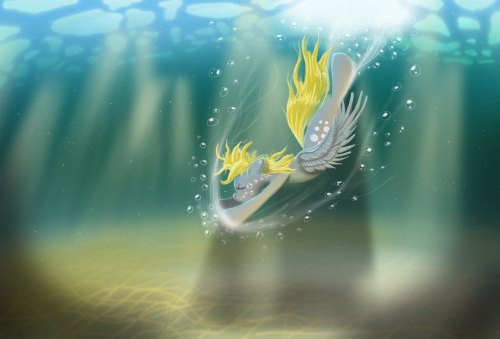 Been awhile since we’ve posted an update on Bronycon: The Documentary, the film being put together by John De Lancie and staff. The following is taken from their post on Kickstarter.

It’s an exciting time here at the documentary office. We have updates for you about a number of different things. We also have some big news to announce.

First and foremost, the editing of the film is well underway. It’s starting to take shape and looking great! We expect to reach our target release date. The film should be done and the digital download codes should be sent out the last part of November. After that, the Blu-ray discs will be manufactured and shipped in the first part of December.

So what’s taking so long you may be asking. Over 300 hours of raw footage!

We filmed all over the world:

We have Jay Miracle (http://www.imdb.com/name/nm0591969/) one of the best editors in the business on the job. Jay is an Emmy award-winning editor and he is bringing his great talent to the film. He’s working hard on bringing that footage down to about 2-hours of great story telling.

That brings us to an update from a previous post. Instead of separating the film into three separate parts (one for BronyCon, one for GALACON and one for B.U.C.K.) Jay and our talented story producer Stephanie Hubbard have figured out a terrific way to incorporate all the storylines into one program. We think you’ll like the approach since it puts the Brony phenomena into international perspective.

We’ve also brought on an amazing music composer. His name is David O (www.davidomusic.com). He’s a respected composer, musical director and performer. He will be writing an original score for the film and will record real life musicians performing much of it. We’re also exploring the possibility of incorporating some fan music.

It’s time to let you in on something special that’s been in the works. The film will feature an original song about who Bronies are. It’s a collaboration of none other than Amy Keating Rogers, Mic the Microphone and David O. To add icing to the cake, John de Lancie will perform the song and a talented group of people are animating it! Can you say epic… how’s that for original content?

On the rewards front, all the Love & Tolerance Art posters have been shipped. If you have not received yours, please use the “Contact Me” link to send me a private message and I’ll see if I can track it down.

This brings me to address changes. If you have one, just send it to me in a private message and I’ll update our mailing list.

Finally, the t-shirts are back from the printers. They turned out great. It pains me to say this, but after careful calculation and because we want to put as much of the backer money into the content of the film as possible, we can’t send all the shirts out in a package that is separate from the Blu-Ray discs. The cost of shipping in the US is low enough that only US backers will get a separate package with just the shirt, which will be sent this week. This is only because when the Blu-Ray discs are ready, in the US, they can be sent via low cost media mail. As far as Canada and the rest of the world, I’m so sorry, but your shirt will be sent with your Blu-Ray disc. If you just can’t wait, head over to www.bronydoc.com and for $5 (Canada) or $10 (International) we’ll send your shirt this week.

Again, thank you for your support.