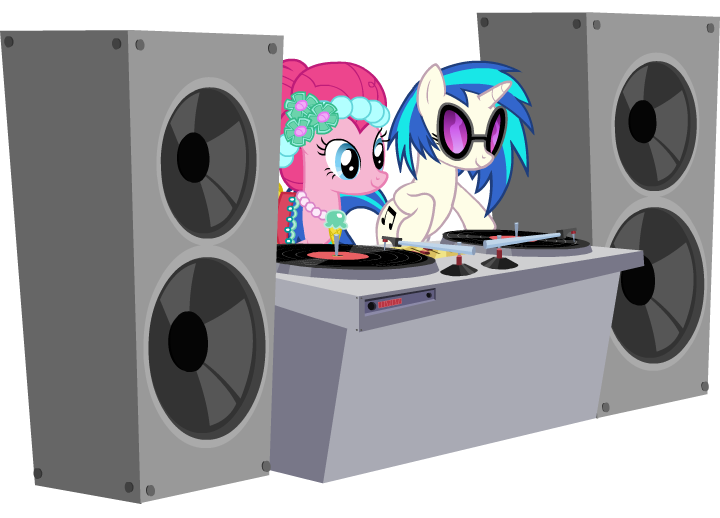 The new DJ Pinkie Pie game on The Hub’s royal wedding website features Vinyl Scratch and Pinkie Pie in simple scene splicer game in order to make a wedding reception preview video. Upon dropping the .swf asset into file into a flash object decompiler, we finally see that, according to the game’s asset designers, after removing Scratch’s specs, her eyes are revealed to be a magenta color (hex colors #BF1D79, #DB53A2, #FFB8E0). 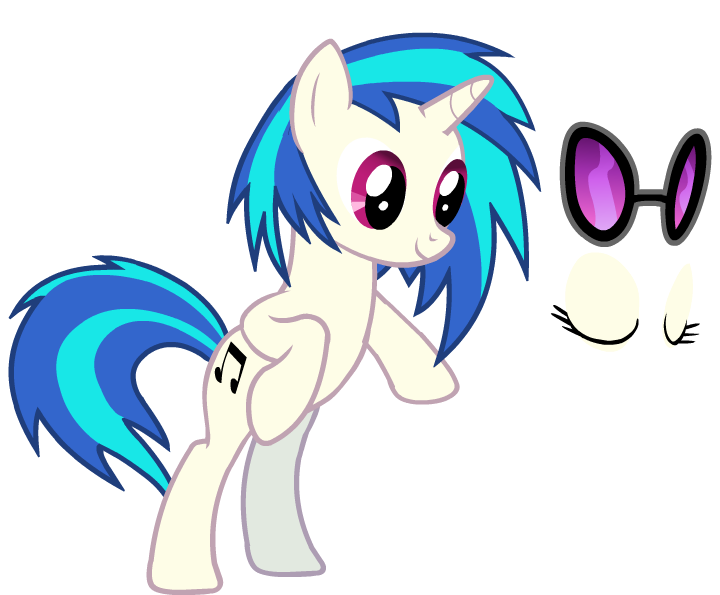 Yes, she has eyelashes, her eyes are closed here.

Mystery solved? Maybe. We don’t know for sure if this asset is shared from the show or rebuilt for the game, but it’s the most official implication we’ve got so far (hey, Heartstrings did become Lyra after all)!

This also confirms previous mumblings of the fact that Scratch is actually a very pale yellow (#FEFDE7, to be exact), as opposed to white.