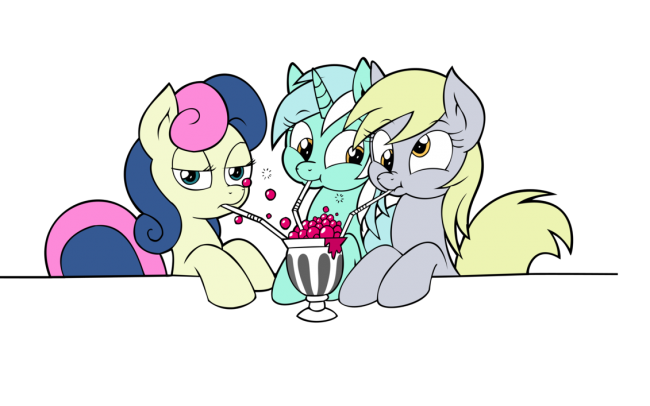 Vector: Make room for the bubblehead by ~Chris734

One piece of confirmed news and a rumored image to go with it.  Youtube user zammap attended the recent Toy Fair and found the premise for the new Pony IP Equestria Girls embedded in an industry magazine handed out at said Fair (Click here for scanned-in image).  As has been rumored, it will feature human versions of the Mane 6.  The article notes that it’s a spin-off series, so there needn’t be much worrying about how the show will affect Friendship is Magic itself.  After the break can be found a rumored concept image from the show, leaked by a noted troll Tumblr.

Update: In regard to some comments, the editor of Kidscreen confirmed to us the genuineness of the page and the contained information from the February/March 2013 issue of Kidscreen. She also added that Equestria Girls is a completely separate show that will have no bearing on My Little Pony: Friendship is Magic. —Telofy