By Spazz May 25, 2012, 12:03 am UTC My Little Pony Comments Off on Everfree Northwest Announces Andrea Libman 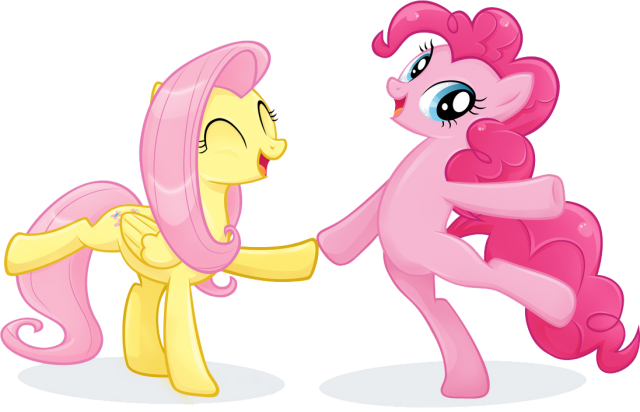 I am excited to announce that the wonderful @AndreaLibman will be attending the ever so awesome @EverfreeNW this summer!

You know what this calls for? A party!

Everfree Northwest is honored to add the wonderfully talented Andrea Libman to our list of featured guests. As you all know, Andrea provides the voices behind both Pinkie Pie and Fluttershy. In addition to her double roles in Friendship is Magic, Andrea has done voice work for shows including Care Bears, ReBoot, and Dragon Tales. She has also voiced numerous characters from dubs of popular Anime, such as Card Captors, Dragon Ball, and Darkstalkers.

Andrea will be hanging out with us throughout the weekend, and we hope you will too! Badges are going fast, so hurry on over to everfreenw.com and register now before this event is sold out.

Come on up to the Emerald City this summer, and join us all in saying “yay.”

[ Love the exclusive art for these EFNW announcements? They are all created by the lovely Cat! Go check out her other fantastic works: http://catwhitney.deviantart.com/ ]