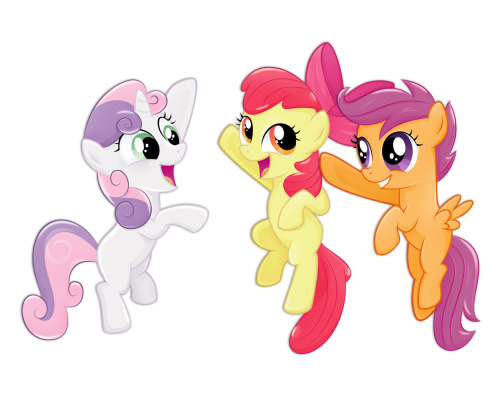 The Show-Stoppers are here! Please give a warm welcome to Claire Corlett and Madeleine “Maddy” Peters, who now join Michelle Creber to complete the Cutie Mark Crusaders at Everfree Northwest. We knew we couldn’t stop at just one and that Apple Bloom would be lonely without her friends, so we offered them the chance once more to earn their cutie marks. Will they discover their super-special talents? Turns out they already have:

Claire Corlett’s talented voice has found its way not only onto Friendship is Magic as Sweetie Belle, but to the hit PBS Kids show, Dinosaur Train and 3-2-1 Penguins! as well.

Artwork once again courtesy of the incredible catwhitney.deviantart.com