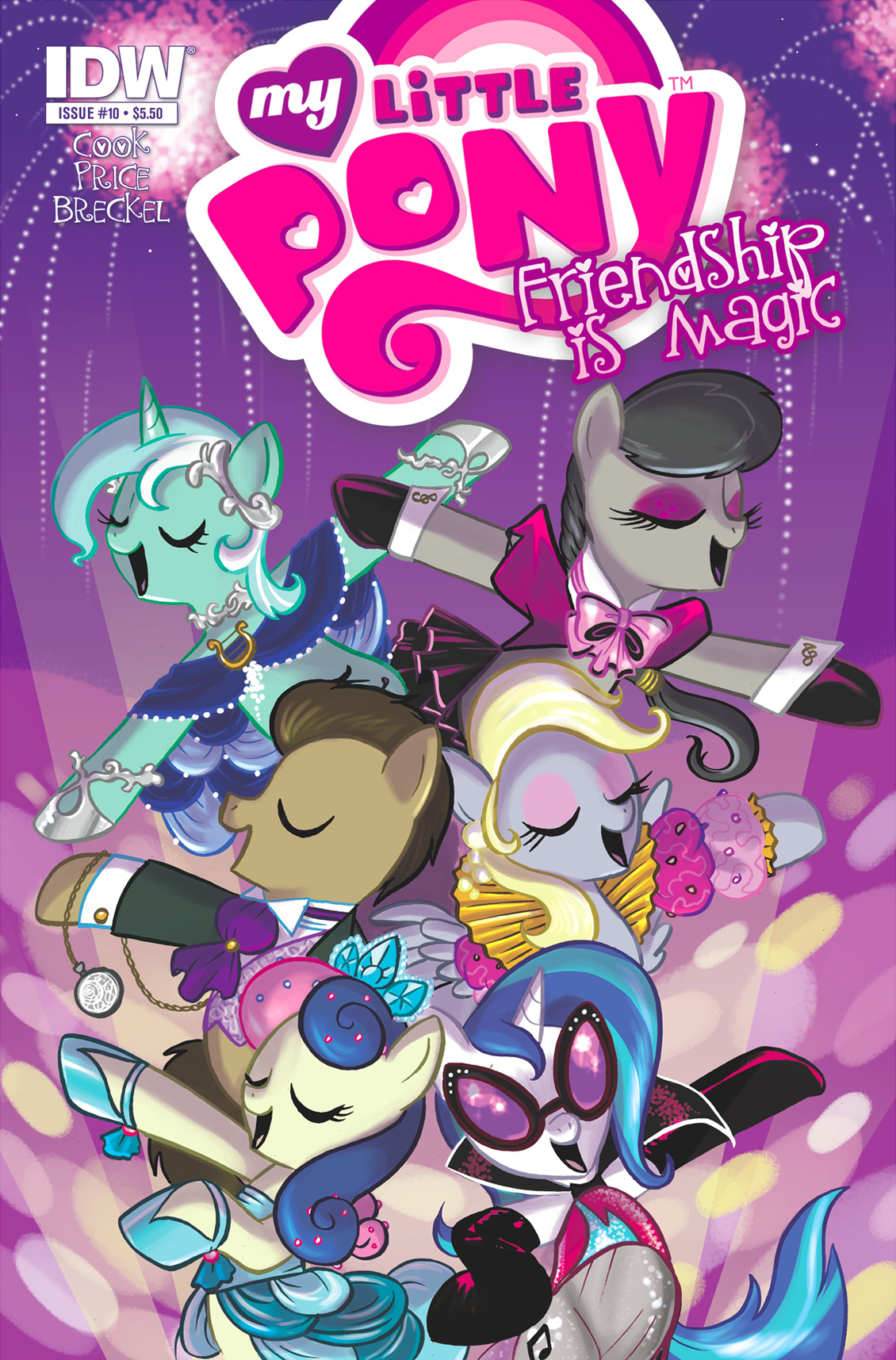 It is the middle of September. This means Comichron.com releases the comic sales figures for August. Unfortunately for the month of August, My Little Pony comics were not as hot as they were in the month of July.

First and foremost, My Little Pony: Friendship is Magic #10 finished in the 84th spot with and estimated 24,475 physical copies sold. The comic beat out some of DC Comics’ and Marvel Comics’ less than popular titles such as Catwoman #23 and Captain Marvel #15.

The My Little Pony Cover Gallery#1 sold an estimated 6,859 physical copies outselling Mark Waid’s Green Hornet #5 from Dynamite Comics. (Yes. It says it is from Dynamic Forces, but Dynamite is the publisher.)

Finally, My Little Pony: Friendship is Magic Vol. 1 continues to sell decently as with the month of August selling 695 copies.