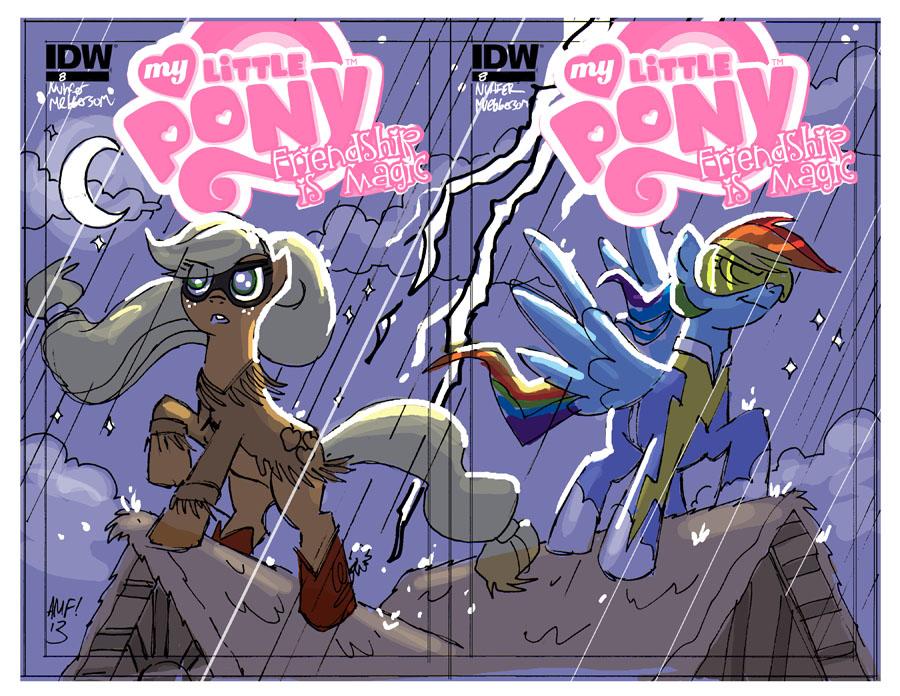 The results are in. Comichron.com recently posted the comic sales figures for the month of June, so let’s see how the My Little Pony comics fared this past month.

First, My Little Pony: Friendship is Magic #8 concluded the Nightmare Rarity arc selling an estimated 33,114 print copies and landing in the 66th spot. The finale to the arc beat out Young Avengers #5 from Marvel and Scott Snyder’s Wake #2 from DC’s Vertigo imprint.

Good news for the My Little Pony Micro Series as Issue #5…featuring Pinkie Pie finished in the Top 100 this time around selling an estimated 25,219 print copies. The comic with “best pony” beat out IDW’s new property X-Files Season 10 by 949 copies.

In addition the My Little Pony Treasury Edition, at its $10 price tag, sold 4,810 print copies.

On a more disappointing note, My Little Pony: Friendship is Magic Vol. 1 sold only 929 copies and is ranked 105th on the graphic novel best sellers list.

That is all for June’s sales figures. This Wednesday, My Little Pony Micro Series #6 appears in comic stores and Issue #9 of the main series will be available on July 24th unless you get the Variant edition from SDCC next weekend. Happy reading.