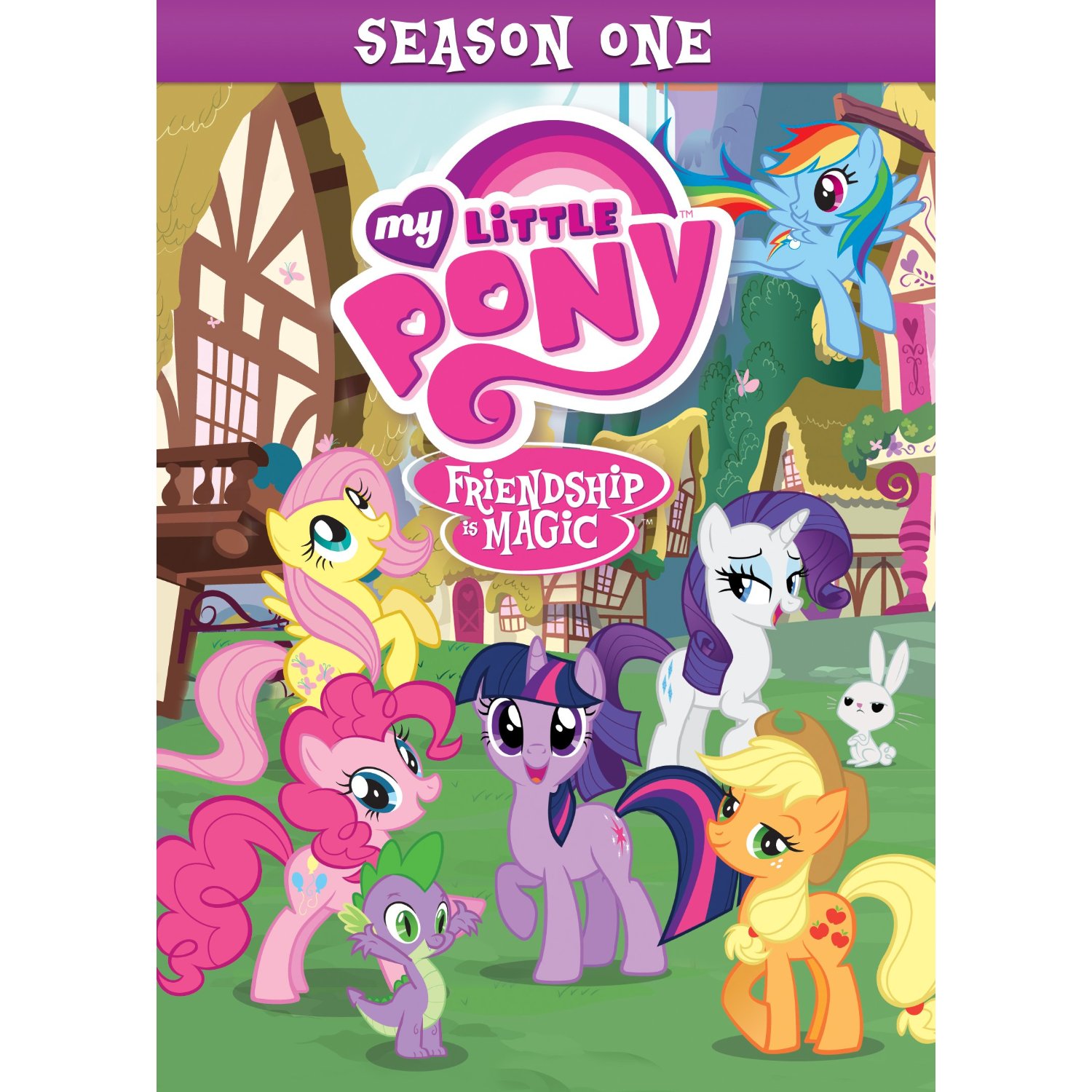 The set is officially done and I’m incredibly happy with what we were able to put together! I’ve had a lot of questions about bonus features over the last couple of weeks, so I thought I’d go a little more in-depth here.

There are six audio commentaries, including folks like Hasbro executives Brian Lenard and Robert Fuchs, supervising directors Jayson Thiessen and James “Wooty” Wootton, art director Ridd Sorenson, composer Daniel Ingram, and…yes…voice cast members, such as Tabitha St. Germain (Rarity), Andrea Libman (Pinkie Pie & Fluttershy), Cathy Weseluck (Spike & the Mayor) and Nicole Oliver (Princess Celestia). These commentaries are PACKED with information and are A LOT of fun, as you listen to how these folks interact with one another on a daily basis. It’s like being in the room during a record session of the show!

In addition to the commentaries, there are two sing-alongs, including the full-length theme song found on the original Friendship Express single-disc release and exclusive to this set is fan-favorite “At the Gala.” We’ve also brought over the Pony Profiles from the Friendship Express single-disc and included several coloring sheets that can be downloaded to your computer via your DVD-Rom drive.

All 26 ORIGINAL (at least, as far as I can tell) episodes are included and they look and sound great! Looking forward to hearing everyone’s thoughts when they finally get to watch them all on DVD!

I'd say I'm excited about the MLP:FIM Season 1 DVD, except I wish so badly that I could have been included in the commentary. #superbummed